Selected by Barnes & Noble, Ingram and New Leaf Distributing, this new book details a lifetime search for truth outside of religious dogma – authored by a commercial pilot/flight instructor, builder and adventurer– ASEMC Press 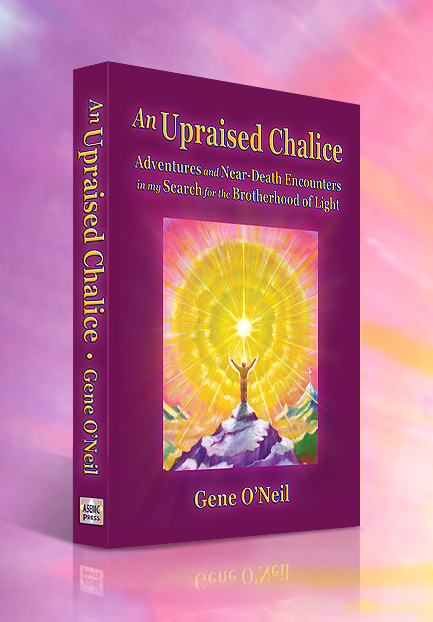 a controversial new title carried by Amazon, Barnes & Noble and New Leaf Distributing Company. ‘An Upraised Chaliceﾒ has received dozens of 5 Star reviews and is described as spiritual adventure story spanning the earth. According to ASEMC Press, many are looking for answers to age old questions that organized religion can no longer adequately address. The book features an epic quest for understanding and is indicative of the new spiritual paradigm moving across America.

The following excerpt from ‘An Upraised Chalice’ poses provocative questions and convey an experience that most people will have. “The years move forward and everyone is attending to their life’s priorities, focusing on how to be happy, make a living and raise a family. The years turn into decades and sooner or later, (hopefully later) sickness or accidents happen and all are again confronted with the big questions: Why? What’s next? What has this life that I’ve lived been about? As one begins to consider their own eventual departure: What have I been able to do to make things a little better? What have I passed along to make others’ lives more beautiful?”

The 5-Star ForeWord Review of ‘An Upraised Chalice’ states “Nothing gets one’s attention like one’s imminent demise – the book chronicles the remarkable travels, adventures and near-death experiences that have marked the authors quest to discover the meaning of life. The practical insights detailed here, born of experience, cut across religious boundaries to convey a vibrant spirituality in plain, accessible language.” The book is predicated upon the concepts of karma and reincarnation and details the authors coming to terms with this inner understanding that he had as a boy and sought to understand more fully as he grew older. The book introduces the concept and the teachings of a “sacred Brotherhood,” an ancient, eternal organization composed of the great illumined saints, masters and sages of east and west, some of which were the principals of the world’s major religions.

‘An Upraised Chalice – Adventures and Near-Death Encounters in My Search for the Brotherhood of Light and What It Can Mean for You ‘ ISBN 978-0-9912635-0-9 is now available in print and eBook around the world from Amazon and in the US by Barnes & Noble and bookstores everywhere via New Leaf Distributing Company, the Ingram network. The eBook is available via Amazon, Barnes & Noble, and Apple iTunes.

The Karmic Interactions of Near-Death Experiences and the Spiritual But Not Religious Theme Detailed in Epic Adventure Story that has Received Dozens of 5-Star Reviews,